All of these 1500V DC locomotives were built by Commonwealth Engineering at their former Granville plant. 8650 has the distinction of being the first tri-bogie electric locomotive in Australia and was also the last locomotive built by Comeng.

Together with our own Metropolitan-Vickers 46 class locomotive (4602), these locomotives create the most diverse collection of electric locomotives in Australia, and brings the total number of locos in the collection to 65.

All of these vehicles are to be exhibits as well as providing excellent parts storage at Dorrigo.

One of the Museum’s long term aims for the site at Dorrigo has recently been achieved. We have always intended connecting the display site to the Dorrigo branch line by the installation of a turnout, or set of points, in the branchline. A 94 lb right hand turnout has now been installed in the branchline and will connect with the extensive sidings already on the Museum display site, allowing the vehicles in the station yard to be relocated onto the display site.

The construction of this turnout is an example of how the Museum has made long term preparations for the development of the site at Dorrigo. By being resourceful over many years, this turnout has cost the Museum almost nothing - a typical turnout found in any of the main lines around the State would cost well over $300,000 to purchase and install.

The Museum’s members located and salvaged the buried rails from a redundant siding in Sydney, transported them to Dorrigo on our semi-trailer, and re-laid the turnout using new point timbers and fasteners, already held in stock. The turnout will also incorporate an interlocked catch-point, facing point lock and 3 lever frame, again utilising items sourced over many years and currently held in stock. 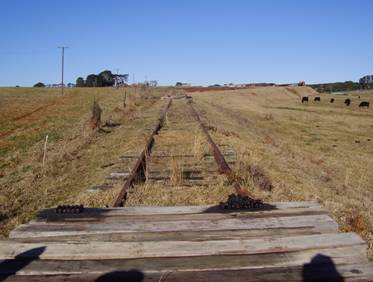 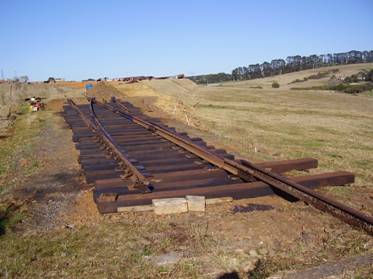 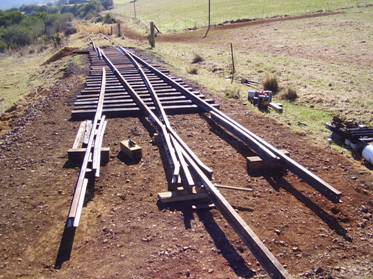 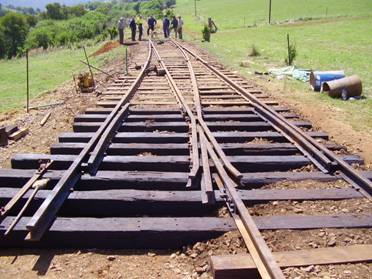 The next corridor of excavation on the display site is progressing rapidly thanks to the Federal Grant funding, good weather and a steady stream of local contractors assisting the excavation. The Grant provided funding for the earthworks and related activities, including the diesel fuel to power the Museum’s self-elevating scraper, D6 bulldozer and backhoe as well as the   maintenance of these machines.

An added bonus to this is the local Dorrigo earthmoving contractors who have been taking topsoil and hard fill away for other developments in the area. They bring in their machinery, at their expense, and remove material as required. On many occasions we had two or three bulldozers/loaders, all working on site at once, a busy scene indeed!

The Museum has completed its contract and obligations under the Federal Government’s Regional Solutions Program. The grant enabled the Museum to make enormous progress towards our ‘limited public opening’, and although the funding was not sufficient to achieve the objective, we have moved dramatically closer as a result of the grant.

Some of the larger components of the program that were funded include;